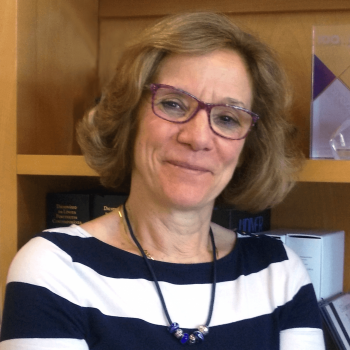 Department of Pharmaceutical Sciences and Medicines

Matilde Fonseca e Castro is PhD in Pharmacy (Pharmaceutical and Therapeutic Chemistry) since 1989. She is Full Professor at FFUL since 2006, at the Department of Toxicological and Bromatological Sciences. She holds the position of Director of FFUL (2012 to the present). He was President of the Scientific Council (2006-2018) and President of Pedagogical Council (1998-2002). She was Coordinator of the Master in Quality Control and Food Toxicology (1994-2012). She is a member of iMed.ULisboa since 2006 and was responsible for the Chemical Biology and Toxicology Research Group (2006-2013). Our scientific interest areas focus on the field of toxicology and development of novel macrocyclic compounds, namely catalytical antioxidants and anti-angiogenic agents.